Several months ago we received a request for financial support from Maria Meier. She is in charge of the daily happenings at Comunita Brezzano, a Christian residential therapeutic community in Tuscany, Italy.

The community consists of three houses and Maria offers people with psychological or other life controlling problems a safe place where they can rest, to come to know God and get a renewed perspective on life.

We have visited the community on several occasions and twice we organized a work week in which we came with a group of strong men to cut wood for the winter. We would like to organize such a week again in August.

The houses are beautiful, classic Tuscan farmhouses, but they also require a lot of maintenance. One of the houses, Casa Nuova, suffers from a leaking roof. It is necessary to replace a portion of the roof.

Comunita Brezzano is a non-profit organization that exists largely thanks to donations. There is also income from the sale of jam, olives and fruit and they receive some compensation from the government for taking in guests.

We love the work Maria Meier and her team are doing in Tuscany. They takes care of the needs of other people and invite those who are weary and burdened to seek peace with Jesus.

Living and working in the countryside is a welcome and healthy break from the hectic life in a city many people are used to. Maria receives people from Germany, Israel, Italy, Austria and Switzerland.

If you have a heart for this kind of work, please make your gift payable to: St. Traveling Light, Papendrecht IBAN: NL91RABO0118582275 BIC: RABONL2U and don't forget to mention: BREZZANO.

We can look back on a very successful Weissensee event. Despite the moderate temperatures (which made the ice really soft) and lots of water on the natural ice (which made the cracks invisible), our skaters have performed very well during the Alternative Elfsteden race in Austria.

Krijn Donk finished the 200 km in a spectacular time of 7:43 hours. Henk Swijnenburg made excellent time as well, 9:33 hours. Unfortunately, they were not able to set new personal records.

Henk Vlot arrived at the finish line after a grueling 10:57 hours. For him it was a new personal record, because last time he had to quit the race after 140 km.

With their athletic activities these men brought in 4,500 euro. All proceeds will benefit the renovation and installation of a kitchen in the Teen Challenge juvenile home in Kazakhstan.

Of course they were thrilled in Almaty with the outcome of this fundraiser and on their behalf we want to say thank you to the skaters, supporters and members of our local press for their efforts. Great to see how many enthusiastic and heart-warming responses came in.

We (Jan and Marja) hope to schedule a visit to Kazakhstan soon. It is still pretty much winter over there, a good time for them to make plans for the upcoming renovations!

We have mentioned it before on this blog: the giving of a donation is not the end of a project, it is the beginning of a new or the continuation of an existing relationship. 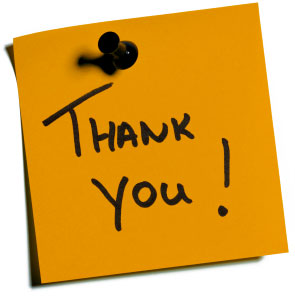 This coming April Traveling Light will celebrate her 5th anniversary. A relatively short period in which a lot has happened. Praise the Lord!

What started as a simple initiative of two people has become
Treasurer Martin DeHaas writes in the financial year report over 2015: 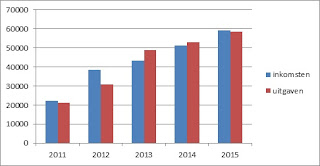 For the coming year it is my prayer that we can again support a large number of projects and that we will see a continuation of the upward trend of income and expenditure."

We would like to thank everyone who has worked in any way to facilitate this growth. Without your time, attention, prayers, gifts and enthusiasm we would not exist. We certainly speak these words on behalf of the hundreds, if not thousands, of people we have helped on their way to a better life.

Do not store up for yourselves treasures on earth, where moths and vermin destroy, and where thieves break in and steal. But store up for yourselves treasures in heaven, where moths and vermin do not destroy, and where thieves do not break in and steal. For where your treasure is, there your heart will be also.
[Matthew 6: 19-21]

We certainly don't mind if you share this positive news with as many people as you can :) 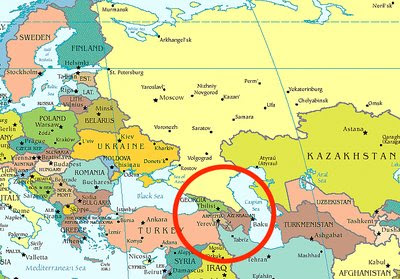 Last year we visited Georgia republic and we came in contact with the young Iranian pastor R.

He is the founder of a non profit organization with the mission to share the Gospel of Jesus Christ with all Iranians and Azerbaijanis and to see churches established among them.

With a small team of volunteers he spreads the Good News in and around Georgia.

In 2015 Traveling Light was able to give him a little helping hand in expanding his team. Thanks to a number of specified gifts we received we were able to send a donation for the rent of an apartment in Georgia for a young Iranian family, family A.

They work together with Pastor R. to reach their countrymen with the love of God. They are starting house churches, offer Bible studies and encourage persecuted believers. We would like to assist Pastor R. again to help this family started in their new homeland. They now have no income.

If you have a heart for spreading the Gospel in that region and to support persecuted Christians, send a donation to St. Traveling Light, Papendrecht IBAN: NL91RABO0118582275 BIC: RABONL2U. make sure to mention CICMISSION.

Our idea is to call families, churches, home groups or businesses to adopt family A. for a month by collecting and giving 500 euro. We'll then send you more info + the explicit request to pray for them each day during a particular month. In this way we will help them get started in their new home country in 2016. No doubt, they will be greatly encouraged!