Last September Teen Challenge Belgium purchased the building of the Betel in Charleroi and opened up a drug and alcohol rehabilitation center for men with life-controlling problems.


Traveling Light was one of the first supporters to donate a substantial amount for the purchase of that building. We went to visit them in December, during their Christmas fair and open house.

It is a beautiful building with a very large garden. It needs no explanation that such a building requires maintenance and repairs continually. Frédéric and Natacha Hensgens are the directors and they placed a request on Facebook for work tools. They are looking for GOOD quality work tools, new or second-hand, it doesn't matter. We promised to share their request on this blog.

If you have tools that you do not use, we are happy to collect them, everything is welcome. 👉But again: only good quality, no Chinese junk, please.

If you prefer to give a financial gift, please do so. We will send them a donation that they can use to purchase tools they may further need.

Gifts for the purchase of tools are welcome and can be directed at St. Traveling Light in Papendrecht, IBAN: NL91RABO0118582275 BIC: RABONL2U. Make sure to mention: BELGIUM.

Thank you in advance for your help!

Posted by Traveling Light at 10:45 AM
Email ThisBlogThis!Share to TwitterShare to FacebookShare to Pinterest
Keywords Belgium, rehabilitation, Teen Challenge, tools

It has been a while, but halfway 2018 we sent a gift to Teen Challenge in Latvija for the purchase of a truck with a crane for the transportation of wood. They needed quite a sum, but they finally got all the funds together.

We recently received some photos. Great to see how donations are being used in a practical way. The cutting, transportation and sale of firewood helps the rehab center to be self-supportive. Thank you again for your help.

We are currently raising money for Mission Return in Belarus.

The drug and alcohol rehabilitation center in the Lyahovichi district needs about 5,000 euro to purchase 3 dairy cows, a small milking machine, dairy refrigeration, and machine for making milk products and the refurbishing of an existing cowshed. See our message HERE.

If you want to help, please send your gift to St. Traveling Light in Papendrecht, IBAN: NL91RABO0118582275 BIC: RABONL2U. Make sure to mention COWS.

In the fall of 2019 we sent a donation to Carmen Ullersma for the installation of a heating system in a daycare center for the elderly in Moldova. The work is in progress and it is looking good, hopefully the center can be opened soon.

Carmen sent a few photos so you can see how for yourself how your gifts are being put to work.

And then, we also sent a donation to Teen Challenge in Albania. The first Christian drug and alcohol rehabilitation center in Tirana will be opening soon.

The house has been thoroughly renovated with the help of many volunteers. Hope for Albania donated furniture!

Many people and organizations have been blessed by your generosity!

GIFTS (large and small) for all our projects are always welcome and can be directed at St. Traveling Light in Papendrecht, IBAN: NL91RABO0118582275 BIC: RABONL2U.

Last Tuesday Krijn Donk and Henk Swijnenburg showed up at the start of the 200 km long ice skating tour at the Weissensee in Austria. Their goal was to raise funds for Teen Challenge in Armenia.

Unfortunately temperatures were just above freezing that day and there was a lot of water on the ice. The skaters did their utmost to prevent falling down on the wet ice, because further skating with wet clothing can lead to hypothermia.

Krijn reported that he had fallen three times, the last time just 700 meters before the finish, after which he got a severe cramp in his calf. Yet, he was able to finish the tour in an astonishing time of 7:38 hours, with an average speed of 26:15 km per hour. Unfortunately, Henk had to stop the fight against the weather and ice conditions after 150 km, after more than eight hours of skating.

Although the lack of good quality ice and freezing temperatures were disappointing, the fundraising campaign certainly was a success. The two men raised 8,200 euro so far with their action, an amount that will go entirely to the work of Teen Challenge among the homeless, addicted and desperate in Armenia.

"A good sum has been raised for Armenia," said Krijn. "Such a good cause is a great incentive to skate the 200 km and suffer through the pain. The assistance and care that we receive from Adrie Swijnenburg is indispensable!" 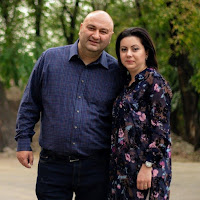 We contacted Gagik and Lusine Mkrtchyan from Teen Challenge Armenia. They were completely taken by surprise to hear about the funds coming their way. "With that gift, we might be able to buy a piece of property with a larger house (where electricity and sanitary facilities are already present). There is a property for sale close to where we are currently working. We did not dare to dream that this could be a possibility."

We will keep you informed of the developments via this blog. We would like to thank everyone who has, in any way, contributed to this fundraiser. If you have not yet transferred your pledge or given a gift, please do so as soon as possible at St. Traveling Light, Papendrecht, IBAN: NL91RABO0118582275, BIC: RABONL2U stating: WEISSENSEE.