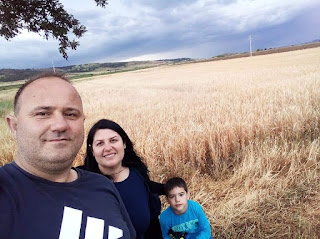 We are always happy with new initiatives from people who not only hear God's voice, but also obey and take action. Worldwide, there is an enormous call for connection, for people to come together and to look after each other. This is also the case in Macedonia.

Robert and Krasimira Salamanov had the idea of ​​starting a congregation in Radovish. Robert is an ex-addict who came to faith in prison because someone shared the gospel with him. Together with his wife Krasimira, he decided to rent a property in the city to start meetings there. 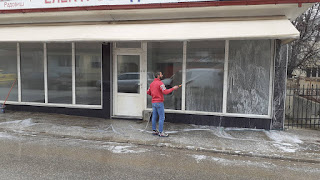 Nice plan of course, but in the meantime they found themselves surrounded by drug addicts asking for help. So they decided to open a coffee house as well as a church. Always a good combination!
The request to help with the start-up reached Traveling Light through Teen Challenge Macedonia. Funds are needed to furnish the property (it is completely empty) and to pay the rent.

About that prison story ... 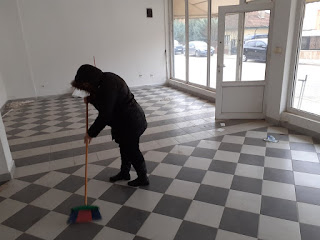 Robert was in the same cell as Jordan Stoilov. We know Jordan from coffee house The Bridge in Tetovo. He was the one who shared the good news about Jesus and His Kingdom with Robert. Jordan spoke from his own experience, because God had also radically changed his life.

That's how fire spreads and that's how we keep it going!

We would like to help them with the establishing of a coffee house/church in Radovish and encourage them to keep spreading the good news that lives can be changed!

If you want to help, gifts (large and small) are very welcome! St. Traveling Light, Papendrecht IBAN: NL91RABO0118582275 BIC: RABONL2U. Do not forget to mention: MACEDONIA.